Can a Digital Culture Create Patient Value in Healthcare?

Cisco and La Trobe University examined how the healthcare workforce can become more digitally driven, with data and technology creating valuable insights, enhanced clinical efficiencies and knowledge-flow-to-value for patients. Read on for the findings.

Cybersecurity threats are top of mind for healthcare CIOs and CISOs

Keeping up with cybersecurity threats in healthcare has always been a challenge, but today the speed at which new threats are introduced is astounding. Learn more about what you can do assess your cyber readiness and build a strategy of security resilience.

Powering Critical Connections for NICU Babies and their Families

Webex video devices and collaboration technology allow families to connect virtually and seamlessly with clinicians, healthcare providers and loved ones outside of the hospital.

Andy Reid said Patrick Mahomes is moving around well and that "he can go out and play" in Sunday's AFC Championship Game against the Bengals on Sunday.

Conor McGregor says in a social media post he "could've been dead" after he was struck by a car while riding his bike in Ireland.

Dolphins quarterback Tua Tagovailoa remains in the concussion protocol and will not participate in next week's Pro Bowl Games, a source told ESPN.

What Is the Memphis Police SCORPION Unit?

Officers from the SCORPION unit are now accused in the murder of Tyre Nichols.

Cities Across the U.S. Brace for Protests Once Tyre Nichols Video Is Released

The footage is gruesome and distressing, officials say. The family of Tyre Nichols, who was killed, and Memphis civic leaders have asked people to protest peacefully. 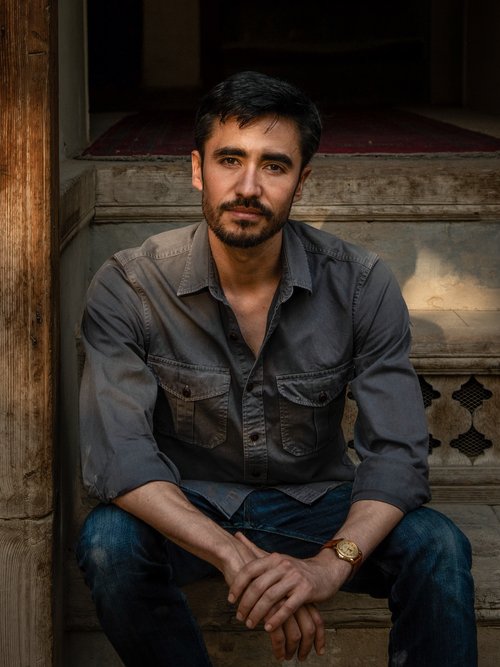 Matthieu Aikins is a contributing writer for the New York Times Magazine, a contributing editor at Rolling Stone, and has won numerous honors, including the George Polk and Livingston awards. He has reported from Afghanistan and the Middle East since 2008. The Naked Don't Fear the Water: An Underground Journey with Afghan Refugees is his first book.

When did you first get the idea for your research project?

When one of my oldest friends in Afghanistan, a former US military interpreter, was rejected for a visa to come to America, he decided to take the smuggler's road to Europe. It was the height of the 2015 migration crisis, and I decided to go with him and document our journey.

What brought you to the Library?

In 2017, I was a writer for magazines such as the New Yorker and the New York Times Magazine, and writing my book about Afghan refugees in Europe for HarperCollins. I was interested in working in the Allen Room at the NYPL. I’d heard such high praise from friends who’d worked there.

What research tools could you not live without?

I use a program called Devonthink to store all my research. It takes a bit of figuring out but has some powerful features. I'd feel lost without it, along with another program, Scrivener, that I use for the actual writing. While working in the Library I found the Allen Room an oasis of quiet and very convenient for reviewing a high volume of books and academic journals. I loved coming in to find a fresh pile waiting for me. On occasion, I consulted with librarians for help tracking down specialized items, like historical reviews and migration data.

What’s the most unexpected item you encountered in your research?

I found a contemporary review of Jack London's The People of the Abyss (1903) that used some shockingly colonial language to describe the slums of London. It was a great way to ironize the tradition that my book is, however reluctantly, a part of.

Describe a moment when your research took an unexpected turn.

At one point on our trip, I had to sneak across the border from Bulgaria into Turkey. I later learned that the same route was used by people trying to escape across the Iron Curtain during the Cold War, particularly East Germans who came there posing as tourists. Now the walls exist to keep out people crossing in the opposite direction.

How do you maintain your research momentum?

There are so many rabbit holes to go down and I tend to spend too much time reading things of marginal relevance to a work of general non-fiction, especially theory. It's important to wander sometimes but I try to remind myself that I can't read everything that's ever been written.

After a day of working/researching, what do you do to unwind?

I ride my bike a lot and there's nothing like keeping up with the traffic down 2nd Avenue to clear your mind after a long day in the carrels.

Is there anything you'd like to tell someone looking to get started?

Disconnect from social media. Turn off your phone. Yank your router out of the wall.

Who makes the best coffee in the neighborhood?

Have we left anything out that you’d like to tell other researchers?

Whenever I felt stuck writing, I went back to reading. The more stuck I was, the more unrelated the book I'd read. At some point, what you're looking for will come to you.

Bitcoin is a decentralized cryptocurrency originally described in a 2008 whitepaper by a person, or group of people, using the alias Satoshi Nakamoto. It was launched soon after, in January 2009. Bitcoin is a peer-to-peer online currency, meaning that all transactions happen directly between equal, independent network participants, without the need for any intermediary to permit or facilitate them. Bitcoin was created, according to Nakamoto’s own words, to allow “online payments to be sent directly from one party to another without going through a financial institution.”

State of the City | Curbside composting will expand citywide by end of next year, Adams says

Bring on the brown bins! The city will expand its curbside composting program to all five...

Remove all tiles from the...

Celebrate with these popular and traditional treats!

Go formal for a black-tie affair or a little more fun for a cocktail party.